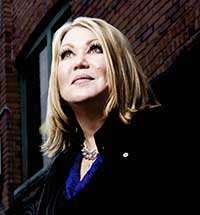 Jann Arden can bring a hall full of people to tears through song, only to have them, moments later, rolling in the aisles, through her off-the-cuff comedy. Whether she’s performing her music, hosting an event, or telling her deeply personal and affecting stories, Arden’s wisdom and wit shine in everything she does.

Arden catapulted onto the Canadian music scene in 1993, with the release of her debut album, Time For Mercy. To date, she has released 12 albums, boasts 19 top-10 singles, and has received eight Juno Awards, including “Female Artist of the Year” and “Songwriter of the Year.” She has also been recognized with 10 SOCAN Awards, four Western Canadian Music Awards, a Much Music Video Award, three Prairie Music Awards, and an Alberta Recording Industry Association Award. And the list goes on: she has been honoured with a star on Canada’s Walk of Fame, and inducted into the Canadian Association of Broadcasters Hall of Fame.

Of course, never one to settle on a single discipline, Arden was the host of Being Jann on CBC Radio; she has been a judge on television’s Canada Sings, and has appeared on CBC TV’s Rick Mercer Report and in several sitcoms; on stage, she was part of the cast for the Canadian tour of The Vagina Monologues. Her most recent album is Everything Almost, released in the spring of 2014.

Arden is the author of four books, including If I Knew, Don’t You Think I’d Tell You?; I’ll Tell You One Damn Thing and That’s All I Know; and Falling Backwards, the widely praised memoir of her life in rural Canada.

Patricia E. Deegan, Ph.D. is a principal with Pat Deegan & Associates, LLC. For over 30 years she has been a thought leader and disruptive innovator in the field behavioral health recovery. Pat founded a health information technology company run by and for people in recovery. We build web applications that help individuals recover after a diagnosis of mental illness. Our flagship products are an online Recovery Library and a web application that helps individuals, families and psychiatrists engage in shared decision making to find the best treatment for recovery. Pat is an activist in the disability rights movement and has lived her own journey of recovery after being diagnosed with schizophrenia as a teenager. She is an Adjunct Professor at Dartmouth College Geisel School of Medicine and received her doctorate in clinical psychology from Duquesne University. 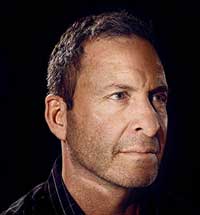 No job in the world of sports is as intimidating, exhilarating, and as stress-ridden as that of an NHL hockey goaltender. Now imagine doing that job while suffering high anxiety, obsessive compulsive disorder and depression, and having your career nearly cut short by a skate slicing across your neck. Clint Malarchuk shares his extraordinary and heart-wrenching life story—which includes his long battle with alcoholism and almost ending his life by a gunshot to the head—in his relentless effort to help end the stigma of mental illness and to help others who may suffer as well.

Malarchuk, who was born in Grand Prairie, Alberta, and raised in Edmonton, played junior hockey in the Western Hockey League. He went on to play professionally in the NHL for the Quebec Nordiques, the Washington Capitals, and the Buffalo Sabres, and in the IHL for the Las Vegas Thunder. He compiled a career record of 141 wins, 130 losses, 45 ties, 12 shutouts, and an .885 save percentage.

After leaving the NHL as a player, he served as head coach of the IHL Las Vegas Thunder and the Idaho Steelheads. He was then a goaltending coach for the NHL Florida Panthers and the Columbus Blue Jackets. He became the goaltending consultant for the Atlanta Thrashers in 2010, going from there to the Calgary Flames, and retiring from the team in 2014.

His memoir, The Crazy Game: How I Survived in the Crease and Beyond, was published in October, 2014. 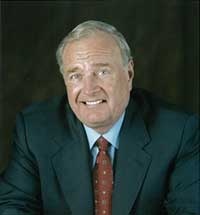 The Right Honourable Paul Martin was the twenty-first Prime Minister of Canada from 2003 to 2006, Minister of Finance from 1993 to 2002 and he served as the Member of Parliament for LaSalle-Émard in Montréal, Québec from 1988 to 2008.

During his tenure as Minister of Finance, he erased Canada’s deficit which was the worst of the G7, subsequently recording five consecutive budget surpluses while paying down the national debt and setting Canada’s debt-to-GDP ratio on a steady downward track. He also introduced the largest tax cuts in Canadian history and the largest increases in the federal government’s support for education, and research and development. In conjunction with his provincial counterparts, he restored the Canada Pension Plan, securing it for future generations. He also strengthened the regulations governing Canada’s financial institutions, with the result that Canada is now viewed as an international model for sound financial regulation. In September 1999, Mr. Martin was named the inaugural chair of the Finance Ministers’ G-20, an international group of finance ministers and central bank governors. As Prime Minister he pushed strongly for its elevation to the Leaders’ level which subsequently occurred in 2008. In the G7 and as a governor of the World Bank and the IMF he led the battle to forgive the onerous debt of African countries.

During his tenure as Prime Minister, Mr. Martin set in place a ten year, forty-one billion dollar plan to improve health care and reduce wait times; signed agreements with the provinces and territories to establish the first national early learning and child care program and created a new financial deal for Canada’s municipalities. Under Mr. Martin’s leadership in November 2005, the Canadian Government reached an historic consensus with Canada’s provinces, territories, First Nations, Métis Nation and Inuit leaders that would eliminate the gaps between Aboriginal and non-Aboriginal Canadians in the areas of health, education, housing and economic opportunity. This agreement became known as the Kelowna Accord. Further, he introduced the Civil Marriage Act which redefined the traditional definition of marriage to include same-sex couples. He reached out to a number of world leaders in an effort for them to accept the Canadian-initiated Responsibility to Protect.

Since leaving office, Mr. Martin and the former President of Mozambique, Joaquim Chissano, co-chaired a high level panel responsible for submitting a report on a new strategic vision for the African Development Bank, following upon an earlier United Nations panel report on private sector investment in the Third World of which he co-chaired with former Mexican President Ernesto Zedillo.

Currently, Mr. Martin sits on the advisory council of the Coalition for Dialogue on Africa, an initiative that examines the critical issues facing the continent. It is sponsored by the African Union, the UN Economic Commission for Africa and the African Development Bank. Mr. Martin chairs the two hundred million dollar British-Norwegian-Canadian poverty alleviation and sustainable development fund for the ten-nation Congo Basin Rainforest.

He is also a commissioner for the Global Ocean Commission, whose mandate is to formulate politically and technically feasible short-, medium- and long-term recommendations to address four key issues facing the high seas: overfishing, large-scale loss of habitat and biodiversity, the lack of effective management and enforcement, and deficiencies in high seas governance.

Prior to entering politics, he had a distinguished career in the private sector as a business executive at Power Corporation of Canada in Montreal and as the Chairman and Chief Executive Officer of The CSL Group Inc., which operates the world’s largest fleet of self-unloading vessels and offshore transshippers. Its acquisition by Mr. Martin in 1981 represented the most important leveraged buyout in Canada at that time.

In December 2011, he was appointed as a Companion to the Order of Canada

He married Sheila Ann Cowan in 1965. They have three sons: Paul, Jamie and David, and four grandchildren Ethan, Liam, Finn and Sienna. 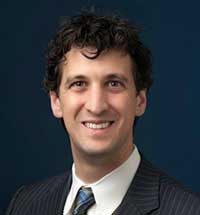 Dr. Tepper is a family physician and the President and Chief Executive Officer of Health Quality Ontario (HQO). An arm’s length agency of the provincial government, HQO works in partnership with Ontario’s health care system to support a better experience of care and better outcomes for Ontarians.

Prior to HQO, Dr. Tepper was the inaugural Vice President of Education at Sunnybrook Health Sciences Centre. As Vice President, he was responsible for Sunnybrook’s educational strategy and programming for learners, physicians and staff, patients and their families and the community. Prior to joining Sunnybrook, Dr. Tepper was Ontario’s first Assistant Deputy Minister (ADM) in the Health Human Resources Strategy Division of the Ministry of Health and Long-Term Care. As the ADM he led the HealthForceOntario health human resources strategy to ensure that Ontarians have access to the right number and mix of qualified health care providers, now and in the future.

In addition to his involvement in health policy and research at the provincial level, Dr. Tepper has also been active on a national scale as the senior medical officer for Health Canada, an adjunct scientist at the Institute for Clinical Evaluative Sciences (ICES), and a research consultant for the Canadian Institute of Health Information (CIHI). He has received several provincial and national awards for his leadership in these positions.

Dr. Tepper has always remained in active practice serving marginalized populations and taking on clinical leadership roles. Previously, he served as the Medical Director for the Inner City Health Associates, President of the Inner City Family Health Team and as Vice-President of the Society of Rural Physicians. Currently, Dr. Tepper practices in the St. Michael’s Hospital Family Health Team and in the Emergency Department at North York General Hospital.

Dr. Tepper holds a degree in Public Policy from Duke University, a medical degree from McMaster University, a Master of Public Health from Harvard, and his executive Master of Business Administration at the Richard Ivey School of Business. He completed residency at the University of Toronto. 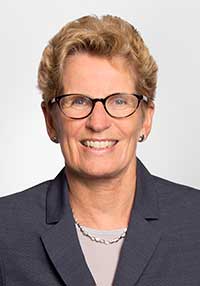 Kathleen Wynne is Ontario’s 25th Premier. She was first elected to the Ontario legislature in 2003 as the MPP for Don Valley West, and she became the leader of the Ontario Liberal Party in January 2013. Kathleen has served in many portfolios in her time at Queen’s Park including Minister of Education and Minister of Aboriginal Affairs, just to name a few.

As well as her service at Queen’s Park, Kathleen has served as a Public School Trustee in Toronto. She has led citizens’ groups in a number of grassroots community projects, and has played a major role as an organizer and facilitator. This experience has contributed to her results-based approach to life, government and community. On June 12th, 2014 Kathleen Wynne became the first woman elected as the Premier of Ontario when her party won a majority government with 58 seats.

This is a project of CMHA Connects